The Chief Secretary for Administration, Tang Yingnian, expressed his views on the “post-80s” with “Tang’s Five Points” at Roundtable’s Youth Academic Forum. The content of “Tang Five Points” is quite scrutinized, and it is a good general education in a class.

First, there are rights and obligations. When talking about rights, Director Tang especially pointed out that “we implement a market economy, and enterprises pursue the maximization of commercial interests”, “the enterprise has the right to protect its property rights, and it has the responsibility to operate in accordance with the law, and then consider taking certain responsibilities. social responsibility”. He believes that “corporate social responsibility” is not the most important, and it does not even need special consideration, but only “considered further”. In the “Hong Kong Today” unit of Liberal Studies, one of the questions explored is “What contributions can different people or organisations make to maintain or improve the quality of life? What barriers exist? Without removing barriers, which groups are most affected ?” In today’s Hong Kong society, the gap between the rich and the poor is severe, and large corporations monopolize the market, and then the lives of the small townspeople. Is this justified? About ten years ago, a large shopping mall in Kowloon Bay was originally a market and was run by small merchants. But today, the entire market has been transformed into a large supermarket. In the end, the lower classes were also crowded out and the opportunity to live independently was deprived. Shouldn’t we cry out about injustice? It is not new in this society that big companies ignore their social responsibilities. Secretary Tang said that we “recognize that rights are not absolute, and we must respect the freedom and rights of others.” I think this should be said to big companies.

Third, Secretary Tang said that “compromise is the product of democracy”. According to the logic of this sentence, democracy is ultimately a compromise. He said that everyone “must learn how to compromise and give in to each other, and take half a step back to seek the final result that everyone can make further progress together.” Let’s not talk about whether “compromise” is a “product” or not. If “taking a half-step” is to achieve common progress, I believe everyone is willing. However, many cases in reality show us that the first ones who refuse to give in are often those with vested interests and those who hold power. The “post-80s” Nianzi is in Caiyuan Village, in order to maintain the diversity of life and resist the tyrannical and tyrannical power. The society has different plans for high-speed rail, but in exchange it is the “only” plan that the government has self-proclaimed. When society gives back half a point, those in power attack one point, and those who refuse to compromise are power itself. Isn’t it very clear who does not ask for yourself, but asks for others? The Liberal Studies subject has an inquiry question: “Which aspects of the quality of life are considered the most important? Which are considered the most urgent needs? Who can make the relevant decisions? Why?” In terms of farming life, who exactly takes their life away?

Fourth, Secretary Tang criticized the “post-80s” who “don’t ask indiscriminately, as long as anything involves the government and the business community, it will inevitably lead to the conclusion of government-business collusion and benefit transfer”. As long as the newspaper is opened every day, isn’t the collusion between officials and businessmen clearly evident? Official-business cooperation is not a problem in the first place; a free market also needs fairness and justice. The South China Morning Post once reported that the government blatantly “outsourced” the entire Tin Shui Wai to developers, and even the government wanted to build a market to serve the public; how real estate hegemony is raging in Hong Kong is no longer news. The government led by Secretary Tang did not reflect on itself, but instead criticized the citizens. Isn’t it putting the cart before the horse and turning the plaintiff into a defendant? Liberal Studies asks students to explore the identity of Hong Kong people, and proposes that society must exercise justice and protect the disadvantaged, so as to criticize the collusion between government and business, shouldn’t the government reflect more?

In the end, Secretary Tang criticized the “resistance method” and compared the shooting of the US House of Representatives, saying that “when the bottom line is constantly being hit and retreated, we may be on a path of no return.” Looking back at history, let’s not talk about it, just after the handover, will there be bloody protests in Hong Kong? The demonstrations and protests we saw were nothing more than shouting slogans, moving iron horses, and popping champagne. It is the protesters who “continue to be impacted on the bottom line”; it is the freedom of expression who “continues to retreat”. Outside the Liaison Office, a large flower trough blocked the way of the demonstrators. To the citizens, is this “road of no return” built by the citizens?

In general knowledge, students must learn to doubt, especially the words of those in power. We should thank Secretary Tang. His speech just responded to the whole unit of “Hong Kong Today” of Liberal Studies. His speech is a good material for general studies. 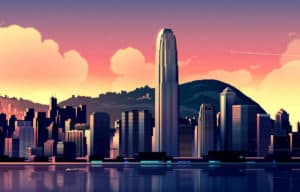